Photography student Nadja Groß (Henriette Heinze) has a lot on her plate, she goes to school, she has a job as a free lancer photographer for a magazine, while economically helping her mother. After a hard day’s work she lies to go clubbing. It is in a discotheque she meets Darius (Golo Euler) who is younger than her and an enigmatic character for her. Attraction between the couple suddenly ensues. As they move forward with their very passionate sexual relationship. But strong challenges will be presented in their way. That will test their very foundations.

“Breaking the Surface”, writer-director Felicitas Korn’s first feature-length film and film school graduation piece, won her the Best New Director Award at last year’s Brooklyn Film Festival. As a snapshot from an aspiring photographer’s life, it’s a visually alluring one-woman show. Balancing a lot of clubbing with even more sex and a minimal amount of artsy work, Nadja’s life sure is rich in production value. But the plot is flimsy, especially on motivation and coherence. What does Nadja (Henriette Heinze) see in Darius (Golo Euler), a shallow slacker almost ten years her junior? How the hell does she live (and support her mom!) on the odd skater shoot for an off-beat magazine? Ludicrous. But I must admit I enjoyed it anyway. I have a nagging suspicion it’s mostly Henriette Heinze’s slender dancer’s frame, rarely seen with her clothes on, that kept me interested. But then, skinny girls getting their kit off have always been a staple asset of the movie business. Go see it if you had the hots for Elodie Bouchez in Yolande Zauberman’s “Clubbed to Death” or Mareike Fell in “Over in the Rainbow”. 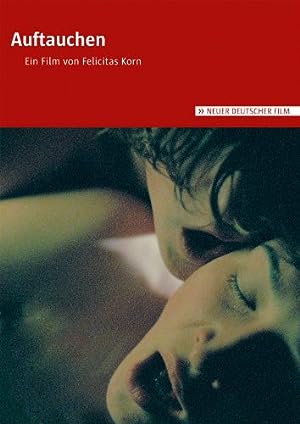 Auftauchen (2006)
92 min|Drama|25 Apr 2009
5.3Rating: 5.3 / 10 from 476 users
Photography student Nadja Groß (Henriette Heinze) has a lot on her plate, she goes to school, she has a job as a free lancer photographer for a magazine, while economically helping her …
Director: Felicitas Korn
Creator: Felicitas Korn
Actors: Henriette Heinze, Golo Euler, Sabine Bach, Wolfgang Packhäuser

4 reviews for Auftauchen 2006 with English Subtitles