A dysfunctional L.A. family hires a mysterious babysitter who changes their lives.

Ray Longway (Max Burkholder) is your run-of-the-mill angsty teenager with black floppy hair who finds himself stuck in the middle of his parents’ contentious divorce. His mother Hailey (Valerie Azlynn) is an actress who has grown lazy, spoiled and self-absorbed thanks to the comfortable lifestyle afforded by her soon-to-be ex-husband’s (Robin Thomas Grossman) income, but she is at risk of losing it all if Ray does not choose to live with her. The heatedly litigious situation provides Ray with plenty of leverage to treat his mother like shit and do whatever the hell he wants.
Ray’s mother is struggling with her parental responsibilities, so she hires Anjelika (Danièle Watts), an 18-year-old babysitter, to watch Ray’s younger sister, Stella (Gracie Loveland). Early on, it is revealed that the black babysitter practices witchcraft; Anjelika, the orphaned daughter of a crack-addict soul singer, also enjoys easy access to an endless supply of kind bud. It is worth noting that until Ray becomes a stereotypical “rich white kid gone bad,” drugs seem to only be supplied by blacks and Latinos.
Hailey is one of those wealthy white people who tries a bit too hard to prove that they are not racist; her obsession with a popular R&B album recorded by Anjelika’s mother, Dey, seems to be one way of showcasing that she is colorblind. But when Hailey forces Anjelika to pretend that she is a housemaid (read: slave) during a visit by Hailey’s racist parents (Lesley Ann Warren and Robert F. Lyons) from Texas, her racial insensitivity rears its ugly head.
The main flaw of Morgan Krantz’s feature-length debut is that the characters — whether they be white, black or latino — all seem to fit much too nicely into exaggerated racial and cultural stereotypes; but this aspect of Babysitter will most likely be interpreted differently by each viewer, especially since there are positive portrayals of race to be found in the film as well. For example, Babysitter does an admirable job of portraying interracial relationships without ever making a big deal about it. Babysitter also does an admirable job of revealing just how ingrained racism is in modern society, but with every new generation there is opportunity for the seeds of racism lose their potency.
The outstanding performances by Danièle Watts and Max Burkholder are the main reasons to watch Babysitter. Known for their television roles on Weeds (Watts) and Parenthood (Burkholder), if Babysitter is seen by enough people, this could be their break into the film world. 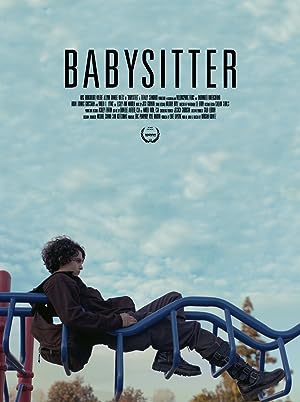 Be the first to review “Babysitter 2015” Cancel reply