Frenchman Claude (Yann De Monterno) had a bad relationship in USA ages ago; that’s why he came back to France. One early dawn as he is walking towards his home, he sees a drunken American lying on the pavement. Claude takes him to his home because there was no way to identify the Young American. When they have a chance to talk, the young American’s name is Brad (Kevin Miranda). That chance meeting leads to their relationship but Brad seems an enigma, seeming aloof even to Claude’s BFF Catherine (Florence D’ Azemar). Things get worse on the day of Claude’s birthday, when a group of friends surprise him at his home; one recognizes Brad. Will Claude and Brad have the chance for a long term relationship?

This film has a certain innocence that one just doesn’t see in films these days. I’m really not sure why or even exactly how to define it, but watching this film make me feel like a kid on the verge of life’s discovery. Giddy and excited, pure as the driven snow too. And I think that says pretty much not just how this film affected me but how it was written as though we lived in a new age of innocence in which everyone was untainted with sin. This probably has a lot to do with the individual who made this film and his view of the world, that we are innocent and live in innocence until proved guilty. Happily there is no guilt in this movie – it is all innocent joy, filled with a light hearted zest that makes your head swim. If more films were like this it would be a much better world and who knows perhaps this film is the beginning of a new wave of film that celebrates life rather than denigrates it. 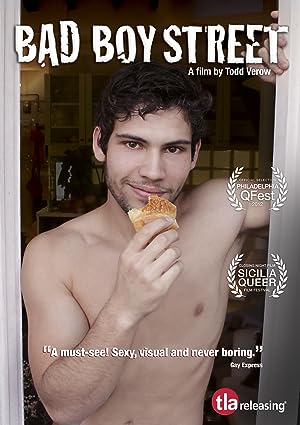