Fresh from his world record-breaking swim, Danny’s dreams come true when he is accepted into the Australian squad for the 1998 Commonwealth Games in Kuala Lumpur. He celebrates with Taylor but their developing relationship takes a turn when Taylor introduces Danny to someone new. 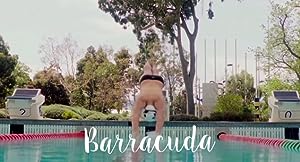 Be the first to review “Barracuda E03” Cancel reply