Set in St. Augustine, Florida, ‘Bernie the Dolphin’ is a family adventure about a brother and sister who befriend a badly sunburned dolphin separated from his family and uncover a secret plan that could destroy the beach and their new friend’s home. The kids must devise a clever plan to stop the bad guys, protect the sea life, and, most importantly, save their best friend, Bernie.

Parents need to know that Bernie the Dolphin is a wholesome family adventure with an ecological message. The story centers on siblings (Logan Allen, Lola Sultan) who work together to make a dolphin documentary and, in doing so, present some information about marine life in a way that kids are likely to remember. The siblings’ relationship is almost too perfect: They do everything together, look out for each other, and tackle problems together. Their parents have a respectful, affectionate relationship, frequently planting kisses on each another. Flipping some gender stereotypes, the mom is studying for her MBA and is often seen fixing the family boat (although the dad seems to be the one who lays down the law for the kids, without much say from his wife). There’s little iffy content — a use of “crap,” a kick, kids being threatened/chased, and kids sneaking into their dad’s workplace after hours (for a good reason). From Flipper to Dolphin Tale, dolphins are reliable lures to attract children; that said, the movie’s storytelling pace and style may not appeal to kids with shorter attention spans. Kevin Sorbo co-stars and executive produced the film; in recent years, he’s become the face of many faith-based films, but aside from a few mentions of praying (one comically so), that’s not part of this film. 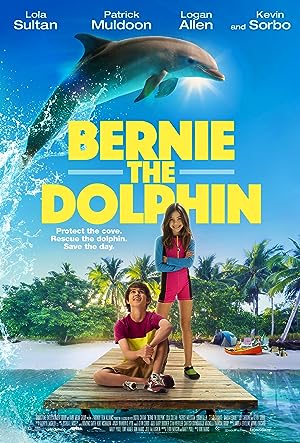 Be the first to review “Bernie The Dolphin 2018” Cancel reply