In 1977, two respected scientists, Ben Morin and his wife Catherine quit their jobs at the university to conduct an experiment they think will revolutionize our understanding of human identity. The project aims to raise three children contrarily to their genetic predispositions to prove the ultimate power of nurture over nature. They want to prove that everyone has the same potential to become anything. Maya, a newborn girl adopted from two feebleminded parents, is raised to be smart, while Maurice, a newborn boy adopted from two anger-prone parents, is raised to be a pacifist. Finally, their own biological son Luke, who comes from a long lineage of scientific brains, is raised to become a revered artist. The experiment will reveal little scientific truth, but rather lead Ben and Catherine to discover the true value of family.

While the top 2 reviews of this film on IMDB at the time of me writing this (only 200+ ratings) are correct in most ways, and probably written by intelligent people, I feel that if u just watch this movie without even reading anything about it. Ie…I just hit play on NFLX without having any expectations of seeing a quality movie, you’re experience of watching a wonderful movie will be fulfilled. Yes one of the reviews is correct in stating that there could’ve been more science, better experiments etc….one listed the faults of some of the characters, but the characters having faults make this a realistic movie. A movie not about science but a family drama, which I usually can’t even sit through. This is not even close to the type of movie that I give 9 stars to. Just check it out with an open mind and maybe you’ll like it as much as I did. I felt that every actor or actress in the film did an excellent job. 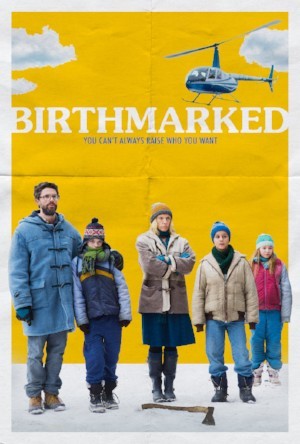