In the harsh post-war years’ Catalan countryside, Andreu, a child that belongs to the losing side, finds the corpses of a man and his son in the forest. The authorities want his father to be made responsible of the deaths, but Andreu tries to help his father by finding out who truly killed them. In this search, Andreu develops a moral consciousness against a world of adults fed by lies. In order to survive, he betrays his own roots and ends up finding out the monster that lives within him.

I saw this film at Noordelijk Filmfestival 2011 (in Leeuwarden, province of Friesland NL). We know very little details from the Spanish civil war, and the period after that under Franco. Our history lessons did not cover it at all. But we could deduce a broad overview from the ingredients that were offered to us throughout the developments in this film. History lessons were passed to us along the line, piece by piece.

A lot of characters are introduced in the story, none of them redundant, even the minor roles have their place and cannot be left out. Their evenly dosed appearances were always understandable, never letting us feel overwhelmed. I was very happy this to be different from some costume dramas, where the viewer looses control and cannot remember how all these persons relate to each other and how they fit in the plot. No problems like that in this case.

Our sympathies with the main characters had to move from time to time, given new facts coming to light, or new suspicions that were seeded by not-so-innocent bystanders. Choices that seemed apparent at first, changed perspective from time to time. I eagerly followed those new directions, and could not escape from the story line (even if I wanted to). It definitely proves that I got involved in the motives of the characters. Well done, obviously having an ingeniously constructed script to work from.

All in all, I found the 108 minutes spent very well. The story has much drive, and its outcome cannot be predicted, maintaining the whodunit tension throughout. Also, the film shows several characters to have a better side, in spite of making a negative impression at first, for instance the school teacher. Reasons enough that the film can be attractive for a broad audience. However, I fear that the “official” announcement text won’t work on the casual reader. 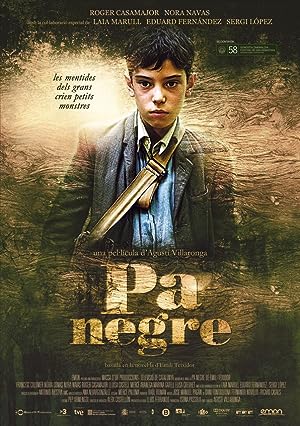