We just returned from yet another brilliant and moving Australian film; it is the third of a trilogy of tough films that we have recently attended. Do not expect anything remotely comparable to something from Hollywood. As I have commented before, these films could not be made in Hollywood; the Americans could not stand the realism, the rawness or the lack of a cutesy ending. We were particularly struck by the realness of all that we saw; I do not know people living on the edge to the extent depicted in the film but I have encountered people such those on the screen so I believe that I can vouch for the accuracy of the portrayals. The film is divided between mothers and their kids. The first half of the movie examines the kids and the kind of life they are forging on their own, generally, because the bonds of motherly love have been broken irreparably in some cases and temporarily in others. In all cases the journey for the viewer is a road full of potholes. The seven children represent different methods of survival and the mothers, it could be argued, also represent different methods of survival but at an adult level. Men play a purely secondary role, if their presence could be called a role at all. To me the males represented the alpha and omega of maleness: at one time protector, at another life-slayer. However, the film first and foremost is about females and the roles they form to survive as best they can in a disturbing, malevolent world. 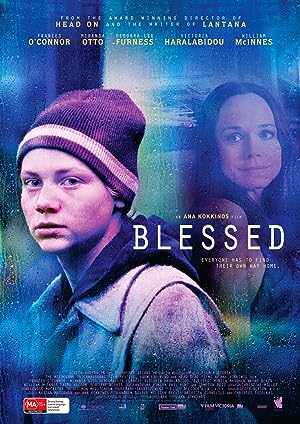 Be the first to review “Blessed 2009” Cancel reply