Vicente, seventeen, lives with brother Nino, ten-years-old, and his ailing father in a derelict house on the outskirts of the capital. They don’t seem to remember their mother, and are very much attached to their father, despite his temper, and his frequent absences from home. One day, the father leaves for good, and Vicente and Nino swear to cover it up. It’s their secret. Clara, the primary school assistant, is fascinatingly beautiful, and secretive, and (may be) she knows it aswel. There are other secrets, though: the origin of the money that appears at Vicente’s house; the relationship between Vicente’s well-to-do uncle and his girlfriend; the relationship between the four people who once played the cards together, and now can’t stand each other.

As you watch Pedro Costa’s “The Blood”, you feel as if you are constantly gripping for something. Each segment makes sense by itself, but the whole picture gets, somehow, fuzzier, more liquid as time wears on.

The focus slowly shifts away from narrative, in such a masterful way that you don’t notice how the linear carpet is being pulled away from under your feet. After the first hour goes by, all that is left is a lucid dream of loosely connected sequences and strings of dialogue. Infinite forms of possible association of all that you’ve seen so far sprout in your head. Several references to the works of the great directors of the past wheel before your eyes. Your mind is submerged, deep and far into the well of the origins of cinema: it’s as if you are watching to the first movie ever made, with all the proto-ideas and concepts that will branch away and develop into all the films that will come afterwards. You are let in a room of seeing things and being aware of human knowledge like you are not able to access in your normal, awake state. “The Blood” can make you feel all this and, at the same time, keep an illusion of normality and linearity at its surface. Like a trick of the light in a set of mirrors, your perception gets estranged from reality into these deep undercurrents of a sublevel of understanding.

And, as the end sequence of “The Blood” fades away, so do the gates to this exquisite dimension dissolve beyond your reach. The film sneaks into the realms of the forgotten dreams, the ones which the first minutes of the morning wipe away from your memory. “The Blood” invites you to visit him again…just so you can recover this kind of non-Euclidean way to experience consciousness. That’s the great asset of this Costa’s masterpiece: “The Blood” is that dazzling dream/nightmare experience which you can come back to every time you want. 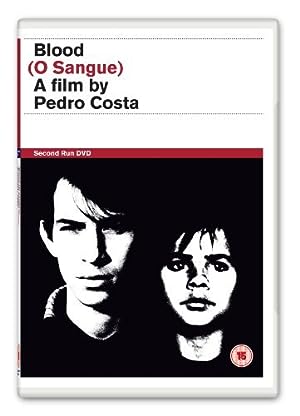