The summer is coming and Elias has been dreaming of the sea a lot. In the factory where he works, his responsibilities increase as the holiday season approaches. After one more night working overtime, Elias and the workers decide to go out and have some beer. That is when new encounters and desires open up to his horizons.

This film tells the story of a 23 years old Brazilian man, who works in a garment factory. He is good at his work, and his boss gives him more responsibilities. However, his heart does not lie in his career, but in carnal relationships with the people around him.

“Body Electric” appears to have a very exciting synopsis, so I watched it in a film festival. The film ends up being very mundane, and has no actual plot. It shows Elias working in the factory, or hanging clothes at home, or hanging out with his colleagues. The problem is that there is no clear starting line, no clear journey and no clear destination for the characters. Elias spends a lot of time in bed, but so what? From the way they introduce the characters, I really don’t care about them or feel anything towards them.

The camera work is an aspect that I was disappointed with. There are many long static shots, which makes the film lethargic. Sometimes the camera moves so little, even at the expense of the character talking not being in the centre of the frame. For example, the scene where the pink hair guy talks loads in the toilet, he is way off centre. He should be the focal point, but he is relegated to the side. 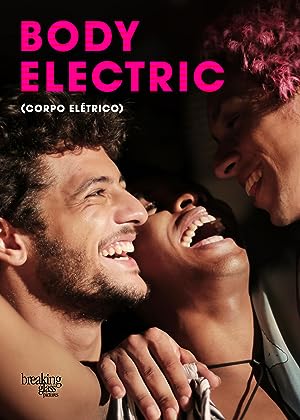 Body Electric (2017)
94 min|Drama|17 Aug 2017
6.3Rating: 6.3 / 10 from 488 users
The summer is coming and Elias has been dreaming of the sea a lot. In the factory where he works, his responsibilities increase as the holiday season approaches. After one more night …
Director: Marcelo Caetano
Creator: Marcelo Caetano, Gabriel Domingues, Hilton Lacerda
Actors: Kelner Macêdo, Lucas Andrade, Welket Bungué, Ana Flavia Cavalcanti