A young Brooklyn boy witnesses the brutal murder of his mother and grows up obsessed with finding her killer. Thus begins his life as a quiet, straight-A student by day and a self-appointed hero at night. But what is a real hero? And who decides what is right or wrong? As the boundaries blur, Sean’s dual life wears on his psyche and his two worlds careen dangerously close to colliding. Like a graphic novel you can’t put down, Boy Wonder challenges morality, distorting perceptions of what is right and what is justified, as it races to its shocking conclusion.

The film is about a young boy from Brooklyn witnessing the murder of his mother and becoming obsessed with finding her killer.

So let’s start with the cast, a group of talented, relatively unknown actors.

The lead character ‘Sean Donovan’ is played by Caleb Steinmeyer who you might of glimpsed as a young John Locke in an episode from the Lost TV series.

Zulay Henao stars as ‘Detective Teresa Ames’ a high achieving police officer who has just made the transfer to Brooklyn.

The other main character ‘Terry Donovan’, Sean’s father, is played by Bill Sage.

Before watching this film I actually checked out the review on IMDb and the low 6.6 stars that it is rated do not do the film justice at all. Although it would appear only a couple of hundred people have cast their vote. Making this relatively unknown film a delight to stumble upon.

The film starts 10 years after Sean witnesses his mother being gunned down in what appears to be a simple car jacking. He has an estranged relationship with his father Terry a former alcoholic who used beat him as a child. A quiet hard working lad at school Sean has a secret life that nobody knows about. Owing to his mother’s death he feels the need to make up for when the justice system fails and criminals get away with murder.

As the film progresses Detective Teresa Ames takes an interest in Sean and finds out that her latest high profile case is linked with the death of his Mother. I could go into more detail but feel it would spoil the viewing experience.

The unknown actors perform to a good standard and the storyline is written very well. A healthy dose of action helps glue the whole film together.

Boy Wonder is out now to rent or buy on DVD/Blu Ray and I highly recommend it, not one to be missed! 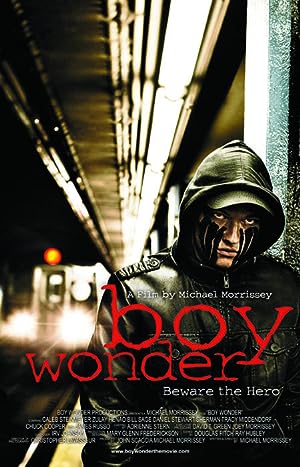 Be the first to review “Boy Wonder 2010” Cancel reply