At a Christian youth camp, kids learn to confront their fears and not seek revenge as a solution. Two brothers separate into different houses and after a series of pranks realize they need each other. In the finale all the teams competes against each other pitting the underdogs against the stronger kids. The focus on victory and dominance over peaceful coexistence and forgiveness in the final moments of the film tends to negate the attempt at moral guidance.

I like this kind of move. Really. But, there’s one thing that I just CANNOT understand! Why on earth does everyone swim in the lake with a life preserver???? 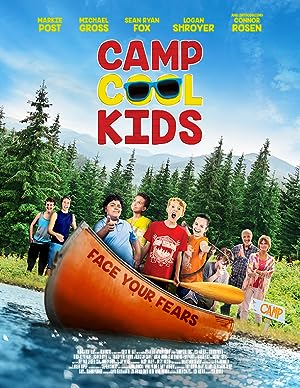 Be the first to review “Camp Cool Kids 2017” Cancel reply