If you want to put the scope on the Czech countryside life, and witness the lives of some weird people, this movie would be classified as a perfect documentary for you. What I like about it is that it feels very Czech as it’s supposed to, as someone has mentioned earlier on a comment here. But then again, you can see that it’s the first professional work of a good amount of the cast, and unfortunately it’s not hard to spot when you watch it.

A young beautiful woman, and standing out against city life are good points to make a movie, but not enough to make it good. It has some artificial scenes that come out of the blue, and the poor acting of some characters hits the eye. Compared to the other Czech movies I’ve seen, this one’s amateur and disappointing. The director has tried to put emphasis on the beauty of country life, but the beauty of Markéta catches the eye much more as the film goes on.

All this reminded me of the Hungarian movies I used to watch on Istanbul film festival. You go, watch, and get something different but not wonderful, and say “Well at least we acquired some culture”. That’s it! You can put yourself as a character into the village life, but you don’t say “Boy, now that’s what I call a film!” after the last scene fades away. 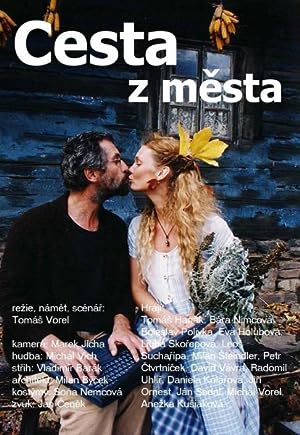