Discovering sweet little gems is what makes film festivals so exciting to attend. Unfortunately, they are few and far between. Here, at the 2008 Tribeca Film Festival, there was one from France in Isild De Besco’s “Charly.” Nicolas is a listless, awkward 14-year-old whose life is a totally blank canvas. There’s simply nothing there. After embarking on a journey to an island he’s only seen on a postcard, he runs into Charly, a young woman who lives in a trailer, working at night and spending her days performing obsessive-compulsive homemaking rituals. The two forge a most unlikely friendship, although it takes quite some time for Nicolas to wake up from his stupor. When he finally smiles the audience breathes a sigh of relief — yes, there is life after all.

Nicolas and Charly are not just at the heart of the film — they are the film. It exists solely for the relationship between these two unlikely roommates and the ability of Kolia Litscher and Julie-Marie Parmentier to make them believable. One or both are on screen from start to finish and very few characters appear at any other time. So it is theirs to make or break, and their performances feel so real it’s hard to imagine that “Charly” is scripted at all.

That said, although the film is titled “Charly,” it would much more accurately be titled Nicolas, as it’s ultimately the boy whose journey dominates the film from opening title to closing credits. Charly enters the film after the first act but, while she may brighten his life and give it a sense of purpose, it is Nicolas’ coming-of-age which is truly the focus of the film and makes it so heartwarming. The film succeeds, more than anything, because Litscher’s Nicolas is so innocent, vulnerable, and endearing. He is a joy to watch.

Cinematographer Jowan Le Besco uses available light almost exclusively along with organic sound. Hand-held camera dominates with numerous closeups. The result is a cinema verite look that turns the viewer into more of a voyeur than moviegoer. “Charly” has the feel of a Gus Vant Sant film with its young, attractive characters, long takes with little or no dialogue, and copious use of tracking shots. It also felt a bit like Bertolucci’s The Dreamers without the explicit sex and nudity, although there is a fleeting bit of that as well.

While it takes quite some time for the story to gel, and although we never know where it’s going, we don’t really care because their relationship is just so odd and tender. There is so little action on screen but so much inside these characters which oozes out. Look up “sweet little film” in the dictionary and you just might see “Charly” as a definition. 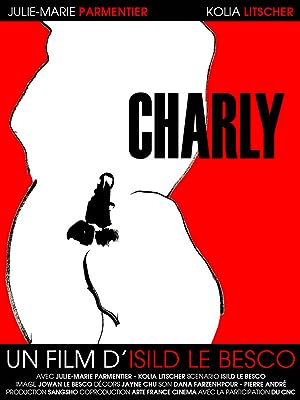 5 reviews for Charly 2007 with English Subtitles