I am not entirely sure why Netflix took on this show. I almost hope they did this as a joke to show how ridiculous “MAGCON” really is. The group is essentially made up of slightly above-average looking children who take advantage of the fact that millions of impressionable pre-teen girls around the world are willing to pay just to be in their presence. The fact that they even take themselves seriously is almost humorous, and whenever the camera cuts to interview each of the boys individually, the things they say are so unintelligent and illogical that it’s laughable at times. These boys have no idea how to carry themselves professionally, the one kid Taylor is an ego maniac, and the others are just kind of in the background. They call themselves the “talent” but I’m really not entirely sure what talent any of them have other than jumping around on stage while girls scream. I’m not sure how the CEO Bart came into the picture, but he seems like a weirdo who preys on teenage boys’ daddy issues. These kids live in a dream world, and this show was essentially just a way to promote themselves even further. Pretty addicting to watch, though, it’s interesting to see what these kids view as reality and how preposterous it is. 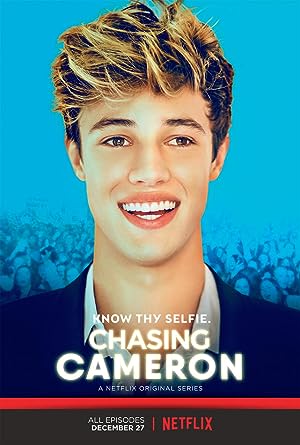