CLOSETS is an interesting, unusual film with a sci-fi twist. It features a tormented 16 year old boy called Henry who, on 12 March 1986, time travels through his bedroom closet and meets up with a similar present day teenager, Ben, occupying his same bedroom 30 years later. Ben and Henry’s developing friendship highlights past and present-day issues facing young gay teenagers. While our society’s attitudes towards LGBTs has improved dramatically over the past three decades, Ben and Henry’s story shows that confusion about sexual identity and homophobic bullying, can still result in self harming and suicidal intentions. These two teenagers from different time zones develop a deep friendship offering each support and optimism for the future. This is an unusual, compassionate and ultimately uplifting story, peppered with sorrow, humour and hope.

Starring Tommy Knight (Waterloo Road, The Sarah Jane Smith Adventures), Ceallach Spellman (Cucumber) and Julie Hesmondhalgh (Coronation Street), and winner of both the Youth Award and Best Of British Award at Iris 2015, Closets follows a young man in the 1980s struggling with his sexuality and a mother who won’t accept difference. He somehow manages to time-travel to 2016, where he meets another young man with problems of his own. 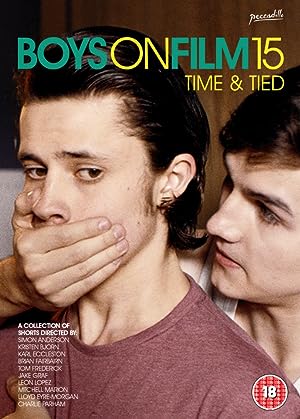 Be the first to review “Closets 2015” Cancel reply