A seemingly normal young boy turns out to be a top secret, military-created robot with superhuman abilities.

For me, there is simply nothing not to like about this film. It is well scripted, the parts fit together seamlessly and logically, and everything is justly proportioned–that is, everything’s in good balance.

And the best part of it is that the acting is never overdone. The main characters are really human and believable, and Barret Oliver’s acting is totally natural and spontaneous.

So even though one has to suspend disbelief in the science fiction impossibility of the story (a mere machine could never actually become a human brain), it’s really worth doing so, just for the fun of it.

Just accept the basic premise of the plot for the sake of the story, and then relax and enjoy a heart-warming display of what are real human values in a world where these are sometimes sadly lacking, and a thought-provoking consideration of what it means to be ‘a real person.’ 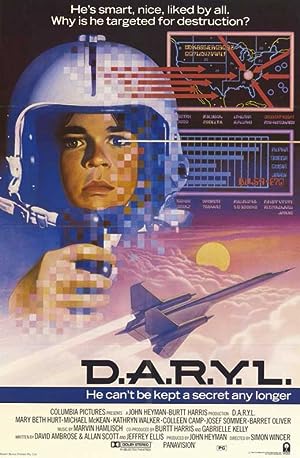