Alex is very close to his elderly grandmother partly because his busy parents seem to have little or no time for him. One day he surprises two boys from his school leaving her house and is shocked to find her tied up inside – they have robbed her! Alex is sworn to secrecy as his gran is worried that her daughter will think her incompetent. This secret leads Alex into trouble as the two boys accost him in the street and bully him into becoming a “bagsnatcher” (tasjesdief) for them, mugging old ladies. Alex learns how to deal with this situation in the end.

I came across this film by coincidence. Never heard of it before, although it’s a movie produced in my own country. And it is not so, that the Dutch produce a thousand films a year…

The main actors in this film are children, except for the grandmother, all grown-ups are merely support roles. Maybe it’s because of the language being equal to my mother tongue, but the acting seems a little fake to me. Maybe it’s done on purpose in this way, to make the film available to all ages. The main character gets beaten up every once in a while, but (luckily) there’s never done any mayor harm. Maybe I’m just too spoiled by high-end effects and CGI of mainstream films, and that’s why this movie seemed as harmless to me as it did.

But then, what it did produce was a genuine feeling of hatred against the 2 brothers harassing our main character. I was practically urging ‘Alex’ to stand up for himself and show those chaps a lesson. On the other hand, I also felt sorry for the two brothers since their home situation was not to send a letter home about.

So concluding, if you watch past the artificial acting, this film will get to you and therefor stay in your memory. 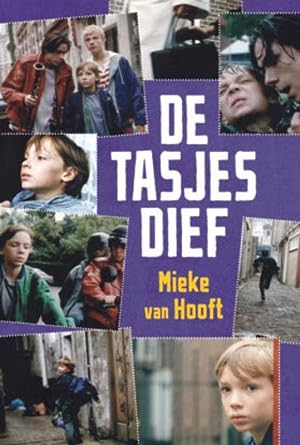 The Purse Snatcher (1995)
96 min|Drama, Family, Thriller|06 Apr 1995
5.2Rating: 5.2 / 10 from 1,212 users
Alex is very close to his elderly grandmother partly because his busy parents seem to have little or no time for him. One day he surprises two boys from his school leaving her house and is …
Director: Maria Peters
Creator: Mieke van Hooft (book), Maria Peters
Actors: Olivier Tuinier, Aus Greidanus Jr., Micha Hulshof, Myranda Jongeling