The story is about 3 crazy guys who kill tourists in the mountains. They raise a captured kid to be like them.

While the actor’s play is not the strongest point, the story, some scenes are so intense, rough and beautiful. Starting from the opening credits, you get enough blood and meat for a month (unless you are deadly addicted to this kind of movies).

The relationship between the main character and the kid are interesting, and are essentially the plot.

The music is immense, and adds another dimension to the film, really pounding to the tight image editing.

Thumbs up for this “no budget” movie. Is a sequel planned ? 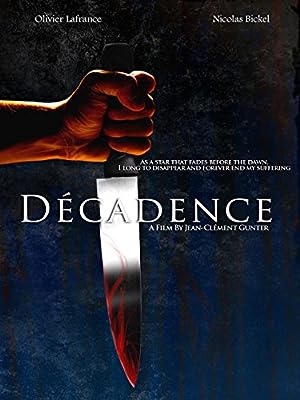 1 review for Decadence 1999 with English Subtitles