15-year-old Mike takes a job at the local swimming baths, where he becomes obsessed with an attractive young woman, Susan, who works there as an attendant. Although Susan has a fiancé, Mike does his best to sabotage the relationship, to the extent of stalking both her and her fiancé. Mike becomes increasingly desperate to have Susan for himself, with tragic results.

Deep End, along with The House That Screamed, has immortalized John Moulder-Brown in my memory. I saw Deep End but twice … once on its first release and a couple of years later in Copenhagen, but it is a unique movie which sticks in the memory and cannot be forgotten. With the advent of DVD, surely a company like Anchor Bay should resurrect this engrossing drama. Jane Asher is terrific. And former beauty Diana Dors is a hoot in her cameo appearance. Deep End remains three decades later one of my all-time favorite films. 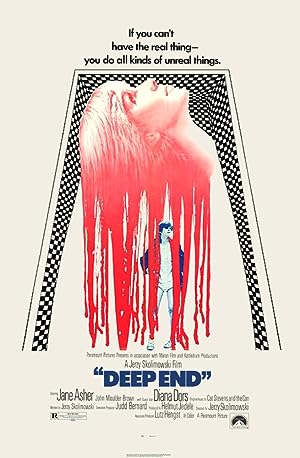