Home » Movies in English » Deeper The Retribution of Beth 2014

Deeper The Retribution of Beth 2014

Mark (a journalist from Xice Magazine) is sent to do a premier article on Steve and John (co-creators of XBus & owners of Bang-on Entertainment). They decide to take Mark on a ride that, unbeknownst to them, turns into a vicious nightmare. Caught in a revenge plot that’s been brewing for years, Mark tries to escape with his life as our mysterious Beth reigns down punishment for Steve and John’s past dirty deeds. What is a “just” consequence for a couple of scum-bag’s?… And how far will one go to get even?

I recently had the privilege of sitting in on a screening of ‘Deeper’, formally named ‘X-Bus’. I was impressed. I enjoyed this “Good Plan Gone Wrong” thriller. Andrew Francis and Jessica Harmon both give the performances of a lifetime, perfectly portraying each others foils. A horror movie set in the world of ‘gonzo’ backseat porn was long overdue, but it happened,and the sensation of being on both sides of the lens, is not unlike being on the receiving end of a loaded .45…intense. I’d compare this movie to titles like ‘They Call her One-Eye'(1973), ‘Ms 45′(1981), ‘Deliverance'(1972) or to be more modern ‘Nightcrawler'(2014). Keep and eye out for this one Film Enthusiasts, and remember, don’t get into cars with strangers… 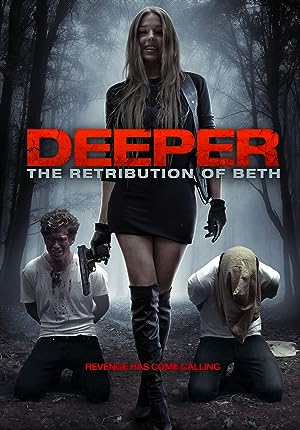