Delphinium is a stylized and lyrical portrait of artist Derek Jarman’s childhood awakening in 1950s England. Acquired for preservation by the British Film Institute’s National Archive, Matthew Mishory’s film includes an original score by Arban and Steven Severin of Siouxsie and the Banshees and a special appearance by Jarman’s muse, Keith Collins. 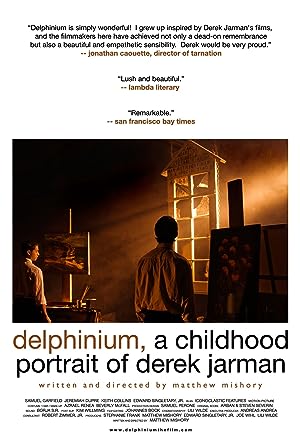 Be the first to review “Delphinium: A Childhood Portrait of Derek Jarman 2009” Cancel reply