Amish teenagers experience and embrace the modern world as a rite-of-passage before deciding which life they will choose.

I don’t see how it could have been made any better.. I have actually “met” one of the girls on this documentary.. took me awhile to realize it was her.. I go to an Amish flee market every year in Shipshewana Indiana (where pieces of this were filmed.. Legrange County) The only people I “met” were the waitresses at Das Essenhaus.. (great restaurant).. I am actually surprised that I didn’t see more of what is shown in this going on.. It is a very hard community to film.. many of them would not allow it..

One of the most interesting parts to me was when one of the guys was describing why they don’t use technology.. I was always under the impression that they thought it was ungodly or evil.. but it’s more a matter of taking away from the closeness of family.. I think this one is a must see.. it is well done, the kids are straight up and honest about what they are doing during this time.. and nothing seemed forced.. 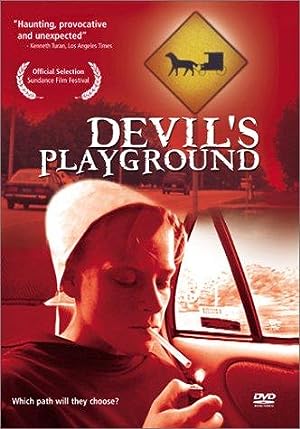