In 1976, Fred Schepisi’s first feature film, The Devil’s Playground, daringly dealt with the conflict between desire and spirituality in a Catholic seminary. It’s now considered a classic of Australian cinema. At the film’s centre was a 13-year-old boy, Tom Allen, torn between his calling and his sexuality. This series picks up the story 35 years later. It is 1988 and Tom is now in his forties. A practising Catholic and respected Sydney psychiatrist, Tom accepts an offer from the Bishop of Sydney to become a secular confessor to the Catholic clergy, and is soon embroiled in political and theological intrigue.

Brilliant mini TV series. Devil’s Playground is inspired from the 1976 film Devil’s Playgroung and it is kind of a sequel to it. I haven’t watched the 1976 film (although after watching the series I would like to) and didn’t find any difficulties following the narrative of the series. It is a mystery situated in 1988 Australia, after the disappearance of a thirteen year old boy from a Catholic school. A beautifully made psychological thriller about the 1980’s society and the church. Very realistic. The plot unravels really smooth, there are plot twists and what I enjoyed most about this series is that the characters are not what they appear to be, like in real life. The acting is great and I absolutely loved John Noble as Bishop Vincent Quaid (he is a great actor and I wish he had his own show). I couldn’t stop watching, as I was so intrigued to see what happens next. I highly recommend it. 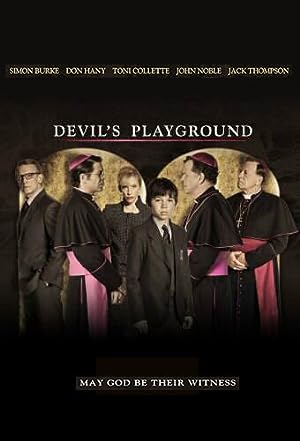