After the wild guys have successfully left the field against the “beastly beasts”, they have only one goal: they want to chase the “wolves of Ragnarxc3xb6k” away from the “Pott”, a freestyle soccer trophy. But the wolves are not normal opponents. It soon becomes clear to the guys that the wolves keep a dark secret. The winner of the “Pot” is haunted by the girl Horizon (Anne Mxc3xbchlmeier) and her silver lights from the fog. The attractive force emanating from Horizon affects every boy and plunges him into disaster. This fate already took its toll on the wolves and the wild guys too, determined to win as ever, to get their problems. So it happens that the wild guys soon face their greatest challenge and have to find a way

The film plays with dreams of children and adolescents: children who are independent of their parents and are allowed to live with their best friends in their adventure and fantasy world. The knight games are played on motorbikes and boogies in castles in the forest. The challenge is to survive, stick together and, with this part new, to impress the better half. The first part of the film is a little reminiscent of “Takeshis Castle” and could particularly alienate or even embarrass those who are no longer in the target audience (e.g. the accompanying parents). The exaggerated theatrical drama and the acting of the actors take some getting used to. But the freestyle soccer scenes are staged in an entertaining way with plenty of speed and media ventures sound in the background.Kingdom of Heaven ), from the other camp, looks a bit exotic and trashy and in places reminds a little of the legendary Mad Max series. 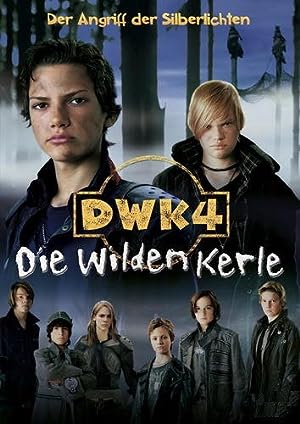