Based on real events, this film depicts the story of a school for the hearing-impaired where young deaf students were sexually assaulted by the faculty members over a long period of time.

If you were asked on how to make a movie out of a real event, then this is how it’s done. The real events were so cruel, yet this movie is able to explain them in such a way that it’s not disgusting without misleading the message they want to tell. I’ve only seen very few South Korean movie, but out of those few this one is definitely the very best.

In fact, since this movie later sparked a national protest against the punishment for rapist, this could be one of those movie in the entire world that has a great social impact. For me personally, I felt the sadness, anger and disappointment in the faces of those children. It’s like I wanna protest too now!!

I always like to compare this movie to the Japanese movie titled Nobody Knows / Dare Mo Shiranai. Although they don’t bear similar plot, both are actually based loosely on a true event. Howeve, Nobody Knows seems to tell the story in a too soft way. Dogani instead is a super great story telling of the actual event. 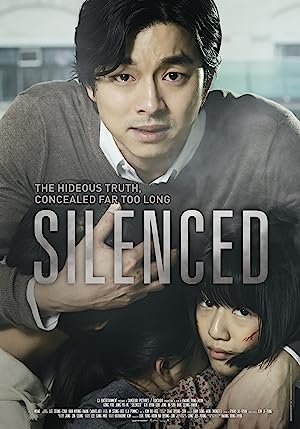 Silenced (2011)
125 min|Drama|22 Sep 2011
8.1Rating: 8.1 / 10 from 7,968 users
Based on real events, this film depicts the story of a school for the hearing-impaired where young deaf students were sexually assaulted by the faculty members over a long period of time.
Director: Dong-hyuk Hwang
Creator: Ji-young Gong (based upon the novel by), Dong-hyuk Hwang (screenplay adaptation)
Actors: Yoo Gong, Yu-mi Jung, Hyeon-soo Kim, Kim Jee-Young

5 reviews for Do-ga-ni 2011 with English Subtitles