A satirical comedy about the excessive restrictions that children face during their vacation in a Young Pioneer camp.

When I was 10 I watched this movie and loved it. When I was 20, I loved it more. This is an almost unknown gem of Soviet cinema, and now I enjoy it even more. The movie is not only a very funny comedy with excellent children and adult actors, but a perfect parody of Soviet life, of the relationship between society and Soviet power. The leader of the camp is so stupid and suspicious, that he turns people one by one to “resistance fighters”, living in “illegality”. The ordinary “citizens” of the camp don’t know who is the informer, but they do their best to help the persecuted ones. In the beginning of the 1960’s, Khrushtchev suddenly let to publish one of Solzhenitsyn’s books, and to make movies like this — and then the short springtime was over, and the bold masterpieces like these were buried for the next 25 years under the gigantic heap of dull books and films. If you won’t laugh a lot watching this movie, write me angry letters! 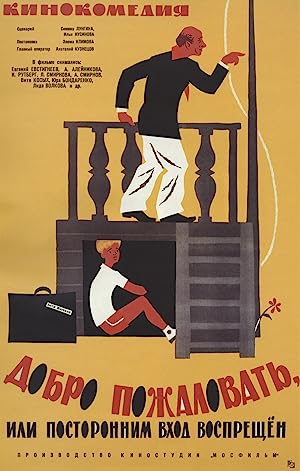