Don’t Tell Papa tells the story of a third-rate DJ who finds his relationship with his young son rapidly deteriorating. Director Lee Sang Hun offers you a hilariously touching tale about an intriguing love affair that will make you want to laugh and cry at the same time. After a one night stand high school boy Chul Soo and Ae Lang go their separate ways. However, approximately one year later, a basket with a baby is delivered to Chul’s class room. As Ae has left Korea to commence studies in the US, Chul has no choice but to look for a part time job in order to raise the temporarily motherless child.

This movie is about a guy who slept with a girl, she gets pregnant delivers the kid to him and elaves for America. 8-10 years later she reappears, curious about her son. The father is not happy to see her. The father son relationship was a little to close, but even with that I didn’t get a feel that they are related, there was no chemistry. I was able to over look this and enjoyed the movie. I am not sure I would recommend this film over others, but its worth a watch. Min-seo Chae does a good job playing the mother. As a high schooler she plays a tough girl. As an adult she very prim and proper but can still get mean. 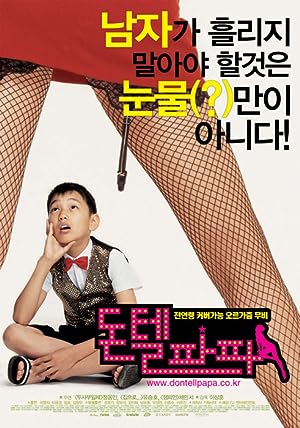