Carlitos is a seventeen-year-old youth with movie star swagger, blond curls and a baby face. As a young boy, he coveted other people’s things, but it wasn’t until his early adolescence that his true calling–to be a thief–manifested itself. When he meets Ramon at his new school, Carlitos is immediately drawn to him and starts showing off to get his attention. Together they will embark on a journey of discoveries, love and crime. Killing is just a random offshoot of the violence, which continues to escalate until Carlitos is finally apprehended. Because of his angelic appearance, the press dubs Carlitos “The Angel of Death.” Showered with attention because of his beauty, he becomes an overnight celebrity. Altogether, he is believed to have committed over forty thefts and eleven homicides. Today, after more than forty-six years in jail, Carlos Robledo Puch is the longest- serving prisoner in the history of Argentina.

Watched this last night – absolutely stunningly directed, filmed and terrific acting, I found. Struggled a bit with the Argentinian Spanish and was very thankful for the English subtitles. ?

I’d love to hear from the people who are responsible for the comparatively poor rating (if I give it 10 and it sits on 6.8 there must be a few fairly poor votes) what they didn’t like about it. 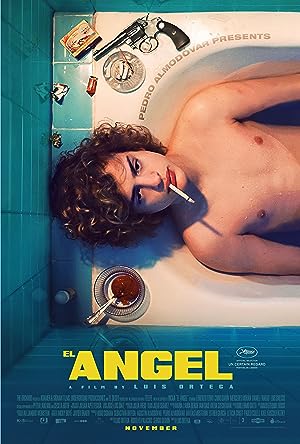