Sex and politics collide in this tale of forbidden love, blackmail and murder. Set up by the secret police to compromise a prominent politician, a teenage hustler discovers himself passionately in love with the man he must betray.

Well-written and very well-acted, “El Diputado” is a very human take on a story of political and sexual intrigue in recently-post-Franco Madrid. The politician Roberto Orbea (José Sacristán) is set up by political opponents, aware of his secret proclivities, for sexual entanglement with the street hustler Juanito (José Luis Alonso). But the unexpected happens and Juanito begins to experience real feelings of love for Orbea, and the political opponents, when the suspect they are being played, are none too happy about this. Mariá Luisa San José is Orbea’s almost unbelievably understanding wife.

The three principal actors do some really wonderful work, aided by some very good writing, as members of the love triangle–sterling examples of the “less is more” approach to acting. The viewer feels real compassion for these all-too-human characters, in stark contrast to a movie like “Making Love”–the love-triangle plot reminded me of it, albeit very superficially–which opted for caricatures over actual people.

The look of the movie is real ’70’s, which only adds to it’s immediacy and charm. 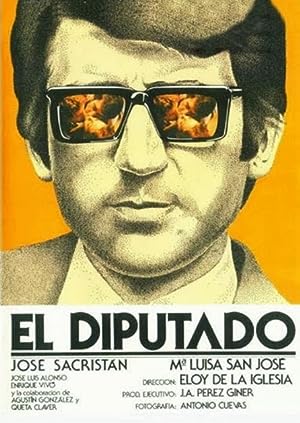