In this modern Mexican crime drama, two handsome young private detectives are hired to investigate some possible criminal goings-on at a large estate owned by a wealthy widow by the name of Dona Josefina. There’s one catch, however; Dona Josefina is very “open minded”, and so her guests are artistic, decadent, and homosexual. In order to get an invitation, our two investigators must pretend to be gay! This of course is the most difficult thing they could ever do, as it is the polar opposite of everything these macho men are about. In spite of this seemingly impossible obstacle, they agree to go undercover as a gay couple and are welcomed by Dona Josefina with open arms.

As she charms them, they try to charm her back while at the same time search the estate for any criminal evidence. Troubling questions about men, women, and sexual identity start to confuse things…

Mexico’s openly gay filmmaker Jaime Humberto Hermosillo often explores issues related to sexuality in his films. He also injects black humor into his stories. In this movie, it is apparent that Mexican society is quite homophobic, perhaps more so than in the United States. The title of this movie, translated into English, reads ‘the mystery of the almond trees’. 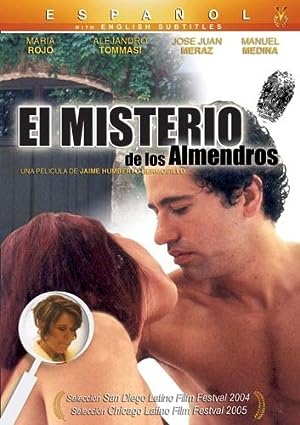