A couple’s replacement babysitter comes highly recommended. After the parents leave, the children begin to suspect that she is not the person she claims to be when she subjects them to a series of twisted activities.

nitially I thought this film was going to be great, it was unusual, and very different. The atypical babysitter under siege horror this was not, so I applaud them for twisting the original format. Unfortunately after a bright start, where you were left wondering what on Earth was going on, it just fell really flat, the plot made virtually no sense, I mean how on Earth did she know she’d end up there? What was the point in the entire charade? It makes no sense. At times I thought the script was a little tasteless to say the least, putting kids through what she did was unnecessary at times, I didn’t care much for it.

So it’s a real mixed bag, a great idea, but unfortunately the execution was poor, the acting was great and the production values were strong. Sarah Bolger was the best thing about it. 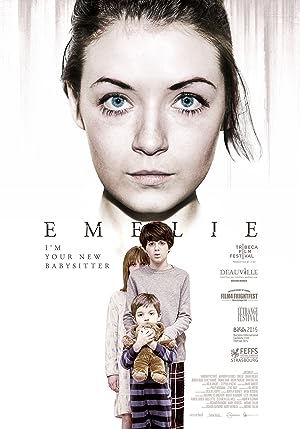 Be the first to review “Emelie 2015” Cancel reply