End of Love 2009 with English Subtitles

Stuck in a Christian ‘rehabilitation’ camp, Ming recalls his double life, a whirlwind of sex and drugs as a rent boy, and a sedate, romantic life with the older and more conservative Yen. Secrets and lies haunt their relationship, as Ming’s mother confronts her son’s sexuality in a most extreme fashion and Yen tries to get Ming to give up hustling.

I do think the movie that I would have given this movie a better rating. Problem is, that is just to explicit, especially in the first third of the movie. People who think “Brokeback Mountain” was too homo-erotic are in for “a treat here” (no pun intended). And while there is no actual penetration shown (I think, I couldn’t bear watching all the “love scenes” between men shown in the movie).

Of course, this owed to the fact, that I don’t read anything before I watch movies. But still, just because this depicts homo-erotic love, doesn’t have to be just a movie for queer men. And seeing as the story as it is, actually is pretty good (therefor still a pretty good rating that it gets from me), about human needs it’s a shame. Of course the movie stays true to itself by showing the love between men. And almost every love scene, does have something to say. And that’s where some things go missing, dialog wise. The main character for example, said something about his mother, which was meant as a joke, but I didn’t get it.

So if you can bear the sight of naked men and sexual situations between them, you will get treated to a story worth watching. The director seemed amused by my question after the screening of the movie and he seems like a nice guy, but this movie just wasn’t something I actually would watch (again) 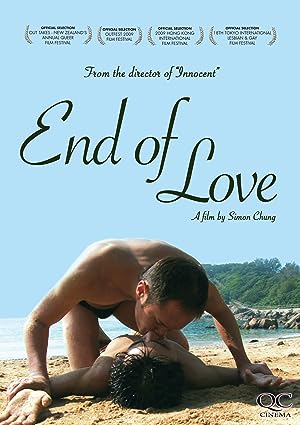