The film follows Reagan Collins, a model high school student with “a killer” after-school job as he arranges “accidents.” When his classmates’ parents become too overbearing, self-obsessed, or just plain inconvenient, Reagan offers to kill them for a price. But when seasoned police detective Cliff Dawkins starts putting the pieces together, it’s a battle of wits to see if Reagan can keep business booming while the rising body count brings Cliff ever-closer to the truth.

I had not expected much from this film when I saw the film cover on my Firestick. I gave it a shot anyway and was pretty surprised. The films quality is shot like a big production and the narrative was actually quite original. The film follows a 17yr old high school student who is extremely bright and unusually industrious, offering a “murder for hire” service to his fellow students. It is apparent there is no shortage of customers at his school. Not to divulge too much, the films quality’s lie in the relationships and interaction with the main character and a hapless detective who is hot on his trail throughout. Really good performances from all concerned. A good script and clever dialog kept me interested throughout. Way better then I expected! 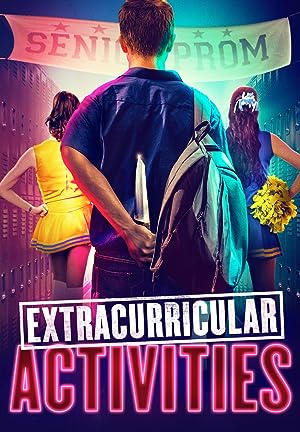 Be the first to review “Extracurricular Activities 2019” Cancel reply