For a Lost Soldier 1992 with English Subtitles

I don’t know if a boy of 12 can be attracted sexually to an adult male as was depicted in this movie. For me it raises the question of at what age does a person who is going to grow up gay become interested in someone of the same sex. It is obvious that the young soldier takes advantage of the innocence of a youngster although it is suggested too that the feelings of the soldier are more than merely sexual. The dance scene implies that there was love. The end of the movie and the title implies that the boy remembers the soldier in later years and as a mature adult with affection and perhaps longing so one is tempted to conclude that relationship with the young soldier though brief was meaningful. I was reminded of the relationship of the boy and the old man in Cinema Paradiso which although certainly not of a sexual nature was also very important to both the boy and the man. For a Lost Soldier gave me much to think about and is likely to provoke much thought in the intelligent viewer. 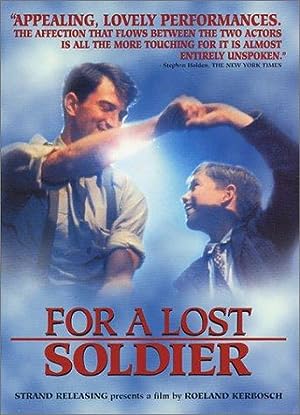 11 reviews for For a Lost Soldier 1992 with English Subtitles