In 1959, support from US troops based in Asia and later from the States enables two actresses to start a charity for mixed-race ‘orphans’ who are locally neglected as outcasts. Thus originates Childhelp, which later runs multi-disciplinary centers for abused or neglected children in the States. Among them is bright Jacob Fletcher, whose stepfather, a lawyer, terrorized him into utter trauma and reclaims him shortly after 10 months in jail. Jacob’s peers have distressing stories of their own, but competent, devoted staff helps most of them decisively on the former farm, using animal therapy.

It touches you… Shows you the real world… Shows you that there is a lot of crap going on around the globe, where poor, helpless, innocent, orphans and children are being tortured, molested and abused. And then it shows that there are those amongst us who would spend their entire life fixing this! This movie has surely stirred me… and I will definitely watch it again. The acting is great, I would want to know what became of the lady in Japan though. The scene that brought a tear in my eye was when Michael’s back was shown, and it read “Bad Boy” (which was made out of scars). And then again, when Jacob’s shirt was removed, and we could see the Iron marks… 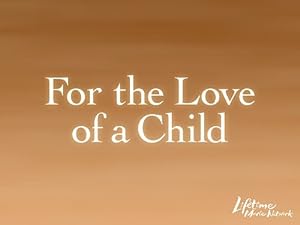 For the Love of a Child (2006)
80 min|Drama|09 Jan 2006
7.7Rating: 7.7 / 10 from 333 users
In the 1950s, two actresses set up a charity home for "orphans" (children who were purposely abandoned and shunned because of their mixed ethnicity). The children find themselves being loved and looked after properly.
Director: Douglas Barr
Creator: Duane Poole (teleplay), Sara O'Meara (book), Yvonne Lime (book)
Actors: Peri Gilpin, Teri Polo, Maria del Mar, John Pyper-Ferguson