Gewoon Vrienden (Just Friends) is a romantic comedy. The tough Joris doesn’t come loose from his mother who is addicted to plastic surgery. Medical student Yad has snorted too much of various drugs and returns to his strict mother. Yad works as a domestic help for the grandmother of Joris. There they meet and they like each other. They seem to be made for each other. But before they can surrender to their love, they first have to balance things with their mothers.

This is a lovely feelgood movie, with excellent acting by the two young male protagonists. They are very realistic and comfortable in their ways. Dynamic, believable (and handsome) in a strong storyline about a mixed-race relationship.

An even more epic performance is given by grandma Jenny Arean in her typical Amsterdam nonchalant style, and mother Tanja Jess, who perfectly embodies the rich widow, who is never satisfied.

This movie makes you long for more. Gewoon Vrienden 2 – The Next Generation? 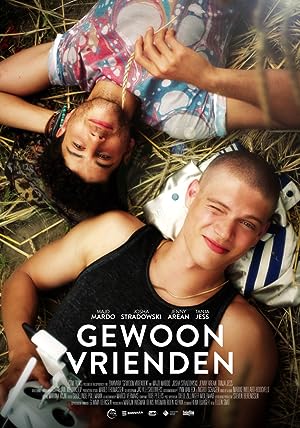