“A teenage summer in a small town in the desert, a dysfunctional family, a rock band, a can full of glue, two boys, one girl, loads of tongue kisses, dry heat, wind in Patagonia, existential angst… A teenage story in the middle of nowhere.”

I saw this film as it premiered at the Rotterdam Festival. It is a beautifully judged rendering of a teenager’s dysfunctional life at home and sexual experimentation with friends. Every scene is perfectly pitched and rife with playful directorial invention such as the main character’s (Lucas?) idle toying with the ‘monkey with banana’ toy in the girl’s bedroom and the ‘open/closed’ game and his mother’s English lesson earlier – there are many examples. The direction of the subject matter is fresh, sensitive, mature and never contrived, indulgent or heavy handed. The camera work is some of the best DV work I’ve ever seen, artful, free, fluid and instinctive.

Most impressive is how every role is perfectly cast, particularly the teenagers (although I may have had initial reservations about the father, I was sufficiently convinced by the end). The central character is realised by a soulful performance from the beautiful quirky looking actor. He has the most subtly expressive face, at once mischievous and vulnerable.

It is a fine fearless debut brimming with talent, good taste and a big beating heart that transcends it’s meagre budget. 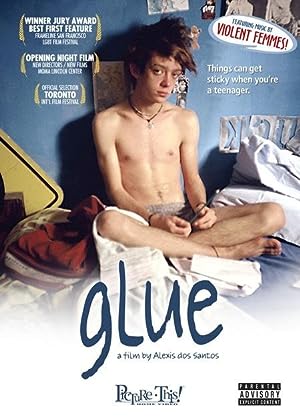