A tale of being different and growing up.

or touching. or boring. or waste of time (three minutes could be useful used). the secret for discover its beauty – to know the case of golden young man as yourself experience. to understand the significance of the first meet with the other golden man. and its force to change everything. because it is a meet who could be very late. or never. sure, it is a gay film but not only. because it is a story about difference. about solitude. about exclusion. about the looking for the opportunity to start to real live. and this is the strange source of its beauty. because it has a precise target. who, after many experiences, recognize his way in the images from a 3 minutes film with any dialogue. because , in this case, the words are useless. an ordinary story. about solitude. and about conquer of life meaning. this is it! 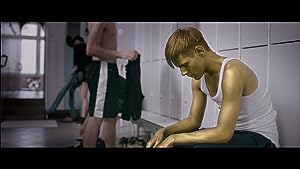 Be the first to review “Golden 2015” Cancel reply