17-year-old Meni wears only the most fashionable clothes, interested in music, loves the cinema and works as a rent boy. He had a baby from Mika, a young drug addict prostitute. He has an adoptive mother who is also a trans-gender prostitute and clients that contact him on his cell-phone. One night he meets Tal, also a hustler and they decide to spend the night together. During that night their lives get a new meaning, but can the little hope change the life they are used to from early age? In the morning they decide to meet later at the club. Until the awaited meeting, both of them will have to deal with their weary routine of clients, marginalized people and unexpected events.

This film is an ultra-low budget production, shot on video. The production values are minimal, and it’s not particularly good looking. The bright-light scenes are flat, and the low-light scenes are grainy. You have to make an effort to look beyond the production values to see what’s good in this movie. If you can do that, and focus on the script, you’ll find a provocative, intelligent drama here, that gets more and more interesting as it goes along. It doesn’t take long to figure out that the writer-director, Yair Hochner, is frankly queer. Not “gay” in some inoffensive, assimilated, “Will & Grace” way, but in-your-face Queer with a capital Q. This drama of hustlers leading complicated (and often dangerous) lives, hearkens back to the aggressive low-budget queer cinema of the late eighties; that is, to movies like Van Sant’s “Mala Noche” or Araki’s “Living End.” Hochner didn’t make this movie for straight people (be warned, straight folks!). Among the best things about the film is that the director captures the way gay guys really talk to each other. He also shows the fluid boundaries in gay relationships: two guys might be lovers one day, pals another day, or sex buddies when the need and the attraction arise. They make families among themselves to replace their biological families. Sex might be a job, a romantic expression, or a bit of mindless fun… And just because a guy is gay doesn’t mean he can’t be a father (and a good, responsible father at that). But this is no sentimental view of golden-hearted whores. It’s bleak, and often brutal. Two hustlers work together for a client one night and sense an emotional bond; circumstances, however, lead to a string of missed connections, and the hope for love unravels in a way that reminded me of one of Thomas Hardy’s bleak anti-romances. Still, the end isn’t entirely hopeless (and yes, the movie does come to a pretty clear end, even if it’s not the conventional tying up that some viewers seem to want). One character appears destroyed by his bad luck and brutal circumstances; the other forges a new bond that just might help him prevail over his hard life. It’s not a romantic ending, and there’s no happily-ever-after; but it’s an ending that makes sense. 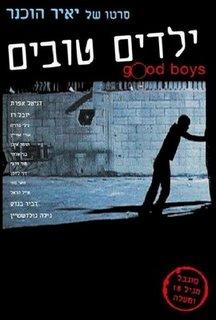