A high school student struggling to help his suffering mom and their sick dog forms an unlikely friendship with a beautiful runaway.

I saw yesterday the movie Hard Sell.I like it a lot. I saw it because i’m a fan of Katrina Bowden, since i saw her in the movie, Tucker and Dale vs Evil.

The force of the movie, for me, is the script. We see a high school student with a crazy mother and he don’t know what to do with her.We don’t see often this kind of story.The student forms a friendship with a runaway and they’re funny to see together!

We connect with all the principal characters. The acting is excellent. They are touching and funny and we believe they exist.

The movie was shot in Long Island, New York, and we see beautiful places.

So i highly recommend this movie. You have a good time watching it. *I hope my text makes sens. My first language is french. 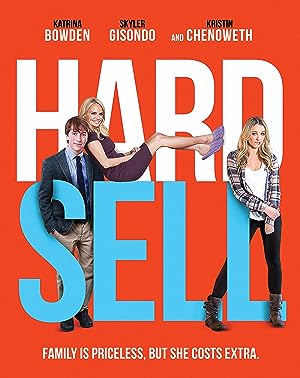 Be the first to review “Hard Sell 2016” Cancel reply