Eight Great Gay Short Movies. This nice big package of English-language gay men’s shorts showcases some of the best films of the year, fresh from the gay and lesbian film festival circuit.

As a member of my college cinema club, I would show a film a couple of nights every month. Usually, the featured movie would be preceded by a surprise short film—nothing too long, but always something entertaining. Recently, I showed Laundromat (2007, 13 mins) by Edward Gunawan from a collection of acclaimed gay short films, He Likes Guys, to my unsuspecting audience. Little did I know that the DVD’s menu page featuring a buff torso would draw a variety of gasps—some amused, some more ambivalent, and even a rather repulsed, “Whaaat?!”

Fortunately, Laundromat promised nothing loaded with hackneyed gay stereotypes. In this smile-inducing drama, newly-cohabiting couple Lawrence and Joey bicker over their differences when doing the laundry. Their squabble later gets the attention of an elderly man who teaches them a small but profound lesson in the value of love, life and relationships. So far, so Zen-like.

Another short film that I felt moved by was Traces (2008, 19 mins). Directed by Rachel Zisser, Traces examines the tragic side of trans acceptance (or rather the lack thereof.) After seeing his handsome college-going son off at the airport, a father is shocked to hear of his son critically injured in a car accident some miles away from home. Arriving at the hospital too late, he is shown the body of his son, in women’s clothing and bewigged. He is later consumed by a desire to piece together his late son’s hidden identity, using different objects once belonged to his son that eventually lead him to uncover not only a secret double life but also a man who had stood between them for years.

The mixed response from the audience at the prospect of watching a film with gay themes that night says a lot about the position of homosexuality in the margins of cinematic discourse. But He Likes Guys is an anthology with an important social message at its heart. Part of the pleasure of watching the mini social commentaries is attributed to the film-makers’ measured use of thought-provoking drama and humour to humanise gay culture. Perhaps the only weakness can be found right at the beginning—in the first short film, Steam (2008) by Damien Rea. At (mercifully) three minutes long, it is effectively a music video and an exercise in male objectification—a bland starter to the far superior films that are definitely worth a watch. 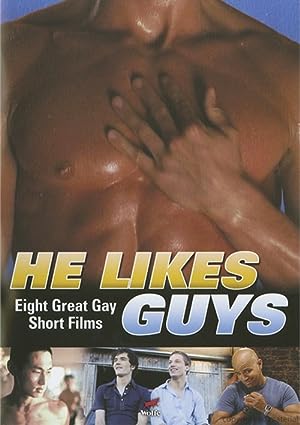 Be the first to review “He Likes Guys 2009” Cancel reply