Sam Maddox, a troubled girl whose father committed suicide, has earned a reputation at her high school for being a bit promiscuous. When Sam begins seeing brilliant, MIT-bound Henry Sinclair, the two opposites really attract. Although Sam doesn’t realize it, Henry is in the grip of an insane romantic obsession, and he will kill anyone who tries to put an end to his star-crossed – and increasingly deadly – romance.

I wasn’t expecting too much from this, basically because it’s marketed as a teen movie and although they’re usually entertaining, they don’t often leave a lasting impression. However, I was pleasantly surprised.

The young cast give mature and thoughtful performances, and there are meaningful interactions with adult characters, providing a more realistic view of life than your average high school “dramedy”. The writing is subtle and the dialogue pleasingly minimal so that the acting and directing tell the story.

So often you see situations in movies that make you wonder what kind of medication the writers are on. No suspension of belief is required here – it may not be your everyday small town goings-on but the script writers haven’t gone OTT in their efforts to entertain us.

I must also mention the hauntingly beautiful songs by Jason Quever. The add the final polish to what is a well-crafted piece of film art. Obviously a lot of care went into making this movie and it’s a shame that some viewers might overlook it because of it’s “teen” listing. 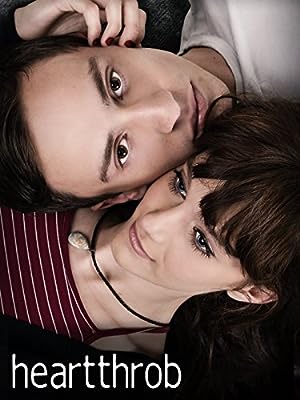 Be the first to review “Heartthrob 2017” Cancel reply