A drama set in the American South, where a precocious, troubled girl finds a safe haven in the music and movement of Elvis Presley.

The furor over the content of this film was completely unfounded once people could actually see it to make a judgment. The fact that these organizations were commenting on Hounddog and slamming it without any evidence is atrocious. On what basis, other than hearsay, did they form their opinions?

I saw the film during the festival and the rumors were just that. There was absolutely nothing exploitative int he movie. I think the performances are amazing. It was also beautifully shot and the fact that a film addresses something America does not want to look at should be commended. The statistics on abuse are staggering and yet few films even touch on it. I hope that the film gets picked up so that people can bring these issues into consciousness. Amazing film. 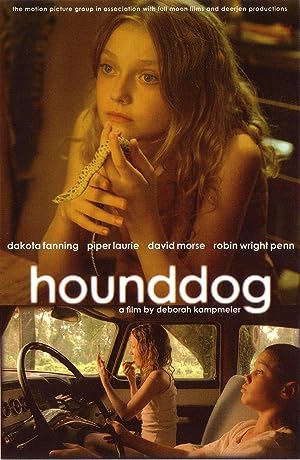 Be the first to review “Hounddog 2007” Cancel reply