I Don’t Kiss 1991 with English Subtitles

A young man leaves his native town in southern France to discover Paris. Being too unexperienced and too naive, he drops into the reality of Paris 1991. He soon gives up his dream of becoming an actor and prostitutes himself. Throughout all these modern relationships, he keeps his innocence but becomes very emotionally blocked.

The release last year of a DVD 4-Pack of Téchiné films allows us to look at the early work of a prominent director. J’embrasse pas traces the progress of young Pierre from small town in the South-West of France to hospital job and acting lessons in Paris, followed by prostitution and a brutal beating by the pimp of the girl he falls for. Along the way, he meets some people who try to guide him in the right direction, principally Romain, an aging TV intellectual, and Évelyne, a fortyish spinster whose neurosis serves to scare Pierre away from her.

Psychology was never Téchiné’s strong suit; you can ask “why did he do that” many times over the two hours, but the camera work is always evocative–the Bois de Boulogne never looked more attractive, whether by day or night–the locales well-chosen–the tranny bar is great–and the actors give fine performances, particularly Noiret as the gay man desperate for a son and Hélène Vincent as the desperate spinster. The ending works if you don’t take Pierre at his word. 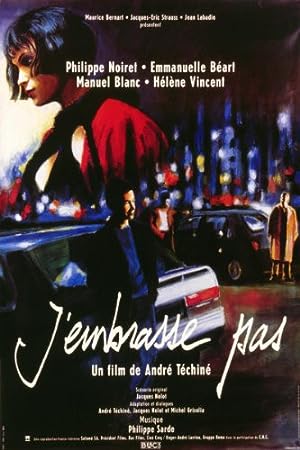 1 review for I Don’t Kiss 1991 with English Subtitles