I Love You Rosa 1972 with English Subtitles

The love of Nissim for his widowed sister-in-law, Rosa, in the Old City of Jerusalem at the turn of the century. Under a (very old) Jewish religious law, Nissim has the duty to marry his childless sister-in-law on the death of his brother.

This film is one of the best written stories of the young Israeli film industry. Well acted, and a beautiful period piece showing life in Jerusalem in the 19th century. This was the last film that Menachem Golan and Yoram Globus produced in Israel before moving to Hollywood to found Cannon Films. On the strength of this movie they got backing for their new company. Michal Bat Adam is stunning as Rosa, a young widow caught in the web of ancient religious edicts. Great story! There IS a sub-titled version available, besides the dubbed version. I got my Hebrew version from Sifrutake in Brooklyn, NY 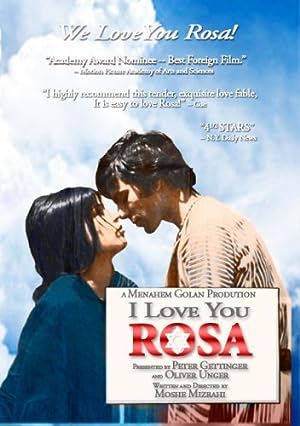 I Love You Rosa (1972)
77 min|Drama|12 Feb 1972
6.7Rating: 6.7 / 10 from 126 users
This story centers on the Jewish practice that requires an unmarried brother to marry the childless widow of his dead brother. In this story the younger brother is only 12 years old when …
Director: Moshxc3xa9 Mizrahi
Creator: Moshxc3xa9 Mizrahi
Actors: Michal Bat-Adam, Gabi Otterman, Joseph Shiloach, Levana Finkelstein