Marko has a poet’s sensibilities in Veles, a town in war-torn Macedonia. His sister is a bully, his mom’s a doormat, and his dad is a striking factory worker who drinks and plays bingo. At school, Marko is tormented by thuggish fellow students, led by the loutish Levi, the son of a police captain. Marko’s teacher of Macedonian, a Bosnian, sees promise in Marko’s writing and gives the lad hope that he can someday escape Veles. A chance friendship with a thief who’s passing through town furthers Marko’s education. Is hope a mirage? What sort of fatherland is Macedonia?

Mirage is about a young boy named Marko who has some writing talents that lives in Macedonia during the wars. He is constantly being beaten by his sister or the local bullies at school. His mother is totally subservient to everyone in the household, and his father is a drunk on strike against the business where he was employed. They are poor by American standards. His peaceful place is hijacked by an ex-military guy of some kind that briefly enters Marko’s life and teaches him how to shoot a gun. He also teaches Marko that there is no hope. Marko takes this lesson to heart and acts accordingly. This is a very well made film, but extremely depressing in that a feeling and talented child is totally mishandled by the adults around him. 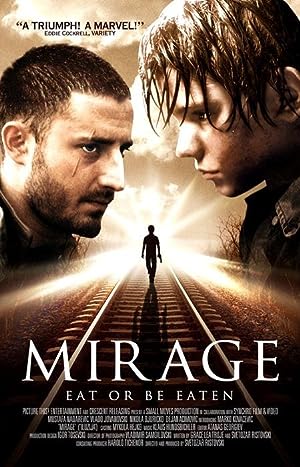 1 review for Iluzija 2004 with English Subtitles