Home » Non-English with Subtitles » In This Very Moment 2003

This is the story of Sylvia, who looses her stepchildren on a shopping trip in Poland. For fear of loosing her husband’s love, too, she is unable to tell him what has happened and returns home, pretending anything is fine. When realising the missing of his children, the father starts a desperate retrieval. He is ready to give up anything in order to find them. Sylvia supports him in any way; she tries to comfort him and takes care of his hope’s vulnerable flame. For the first time he really needs her. While the children are trying their best to get home, the police fails in detecting their whereabouts. When a very vague trace leads to Poland, the parents hit the road to find their children on their own.

This is a realistic movie about mediocre people doing stupid things. If that interests you, it’s a decent movie. The German styling, is thick and appealing, with seriousness ever-present. And a road movie, too- the road of life- children with a clean slate, infected by the adults around them, to become broken adults. Never rising out of the swamp of Basic Human Condition– Hapless. Hopeless. Quite somber! 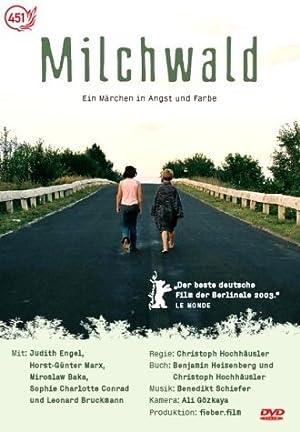 In This Very Moment (2003)
87 min|Drama|04 Aug 2004
6.6Rating: 6.6 / 10 from 326 users
This is the story of Sylvia, who looses her stepchildren on a shopping trip in Poland. For fear of loosing her husband's love, too, she is unable to tell him what has happened and returns …
Director: Christoph Hochhäusler
Creator: Benjamin Heisenberg, Christoph Hochhäusler
Actors: Sophie Charlotte Conrad, Leo Bruckmann, Judith Engel, Horst-Günter Marx