Home » Movies in English » Jack and the Beanstalk 2009

Jack and the Beanstalk 2009

Jack goes up the beanstalk to rescue a little girl who has been transformed into a harp.

It was beginning to look like a good story. Then the cheesiness came into play. A bit over acted and silly. Again, maybe the very young kids will like this adaptation. I soon lost interest and wished Gilbert Gottfried (the goose) would just shut up already.

The creation of Jack and the Beanstalk, I believe, was hurried and not too much focus on creation. I mean, the giant was not even a giant, more like a big puppet, etc.

Most likely you will take the kids along to a theater to see and hope they will enjoy just the silliness of it all and not my luck of seeing a screener as an adult and no kids along while expecting a totally different style of movie. A More serious adaptation maybe? I think Disney would have done a better job. 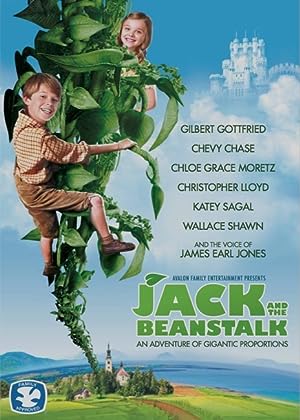