Wanting to test her suitor Lubos’s character and his relation to her son Vasek, Anna accepts his offer for her and Vasek to spend summer holidays at his father’s country house. She’s looking forward to family ease and peace, but Granddad, Lubos and Vasek have different plans.

During the premiere of continuing its now famous comedy about a small Vasek and his parents How to rip whale stool author and director Marie Poledňáková said: “The second part, or a loose sequel was written actually before the game how to pull the whale stool. So the stimulus was a success works but the fact that in his final scenes was very interesting situation. grasped even actors and recently filming themselves invented scenes, conjectured the fate of his characters, a fictionalized added sequentially whole staff. a central idea? at first glance, it might seem that it is a story of light and humorous. If, however, contemplate deeply about the problem of single-parent families and its rebuilding, Make the most probably more interesting findings. Lubos and Anna, Vasek parents find themselves in a difficult situation. One second they try to understand, respect diversity natures – initially mainly for the child. and not light the path on which to reestablish a relationship once disturbed. the situation that occurred, it is quite curious: two people, a man and a woman, after eight years, meet again, re-learn . The problem I therefore took – and the children’s world, the world of his dreams, desires, the world will simply not come to terms with something that does not agree with his ideas about goodness and justice. “A great summer comedy in which, as she says It really is just about humor, was filmed over twenty years ago. Yet we certainly will continue to entertain. (official distributor of text)(google translated) 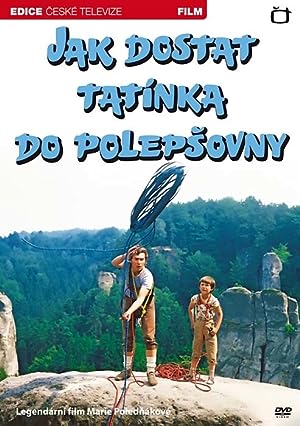 How to Get Dad Into Reform School (1978)
85 min|Comedy, Family|24 Dec 1978
7.9Rating: 7.9 / 10 from 496 users
Wanting to test her suitor Lubos's character and his relation to her son Vasek, Anna accepts his offer for her and Vasek to spend summer holidays at his father's country house. She's …
Director: Marie Polednáková
Creator: Marie Polednáková
Actors: Jana Preissová, Tomás Holý, Frantisek Nemec, Josef Karlík